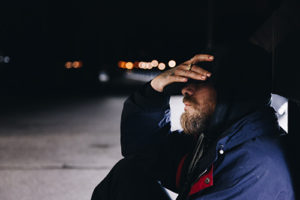 You feel on edge. Nightmares keep coming back. Sudden noises make you jump. You’re staying at home more and more. If you have experienced severe trauma or a life-threatening event — whether during a time of war or in a noncombat situation, or if you are now or have ever been a doctor, nurse, EMT, Paramedic, or any kind of Law Enforcement, you may develop symptoms of Post Traumatic Stress Disorder, or what is commonly known as PTSD. Maybe during the event you felt as if your life or the lives of others were in danger or that you had no control over what was happening. While in the military, or on the job, or in the ER, you may have witnessed people being injured or dying, or you may have experienced physical harm yourself.

Some of the most common symptoms of PTSD include recurring memories or nightmares of the event, sleeplessness, loss of interest and feelings of numbness, anger or irritability, or being constantly on guard, but there are many ways PTSD can impact your everyday life. Sometimes these symptoms don’t surface for months or even years after the event occurred. They may also come and go. If these problems persist or they’re disrupting your daily life, you may have PTSD and be in need of PTSD Counseling.

Some factors can increase the likelihood of a traumatic event leading to PTSD, such as:

Do you have any of these common signs or symptoms of Post Traumatic Stress Disorder? The following are some of the most common symptoms of PTSD that you or those around you may have noticed:

It’s not just the symptoms of post traumatic stress disorder but also how you may react to them that can disrupt your life. You may:

Is there treatment for PTSD?

If you show signs of PTSD, you don’t just have to live with it. In recent years, researchers have dramatically increased our understanding of what causes PTSD and how to treat it. Hundreds of thousands of Veterans who served in the Army, Marine Corps, Navy, Air Force, and Coast Guard have gotten treatment for PTSD, including PTSD counseling and found significant relief from their symptoms.

There is no timestamp on trauma. We can help you.

Reach out and speak to a counselor now.
Click Here!
Copyright Alpha & Omega Counseling 2022 | All Rights Reserved | Created by Web Design by Justin
Back To Top